Article
Find Your Way Back To Sesame Street Old School!

Article
Journey to the Center of the Earth out in March 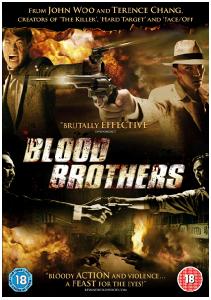 From John Woo and Terence Chang - creators of 'The Killer', 'Hard Target' & 'Face/Off'

1930s Shanghai: a glittering city of vice and decadence. Three innocent young men arrive to this seeming paradise in search of a better future. But as time goes by, their paths diverge, even as they all descend into a life of crime. Soon, friends turn against friends, brother against brother. The blood bonds are now but relics from their early days of innocence. Once they hoped for a better tomorrow: now tragedy and betrayal have become a way of life.

Crafted by the acclaimed talents behind such breathtaking spectacles as 'Crouching Tiger Hidden Dragon', 'House Of Flying Daggers' and 'Brotherhood Of The Wolf', 'Blood Brothers' is a bullet-soaked journey into a thrilling gangster's paradise.