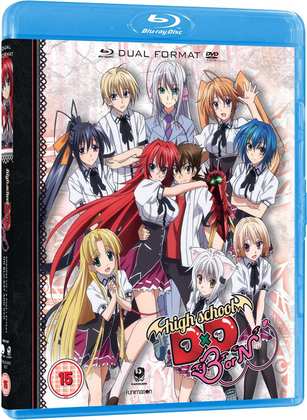 It was a full week of reviews last week, and even given that it will be hard, if not impossible to keep up. Why are the distributors releasing ‘everything’ in November? Now they’re moving stuff from December to November as well, as Outlaw Star Blu-ray just got pushed up a few weeks to the 14th. Anyway, forgetting a reviewer’s woes, let’s get to the first review of the week, which was for High School DxD Born, the third series of the High School DxD franchise. For the uninitiated, it’s a cross-dimensional fantasy series, set across the real world, heaven and hell, as angels, devils, and fallen angels and more battle for control. Actually it’s an in-your-face harem comedy series, where the protagonist gets to play with more breasts than Hugh Hefner. The one fly in the ointment is that Season 2 hasn’t been released in the UK. See if that matters by reading the review. 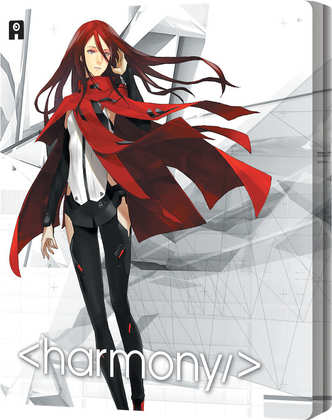 Next it was the turn of Project Itoh; Harmony, the second of three films adapting the eponymous sci-fi author’s novels by the noitaminA strand. While Empire of Corpses was set in an alternate steampunk zombie history, Harmony is set in somewhat more conventional, post-apocalyptic future, where humanity has conquered illness and disease, and has obtained virtual immortality. But the regimented, controlled, Big Brother existence that immortality requires doesn’t sit well with those more independently minded. Thirteen years previously, Tuan was part of an unsuccessful suicide pact rebelling against this life. Now she’s part of the establishment, monitoring this medical utopia. Then thousands of people simultaneously kill themselves, including one of her friends. Harmony is an interesting film with a lot in its premise to recommend it, however its execution is questionable. Click on the review to read more. 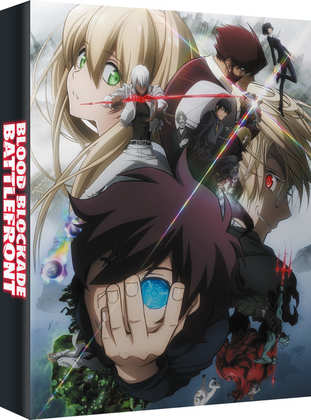 No questions about Blood Blockade Battlefront, quite possibly the most entertaining anime I have seen this year. It’s from Yasuhiro Nightow, the creator of Trigun and Gungrave, and it’s as wild and zany a ride as the former, with a rich tapestry of out-there characters. It posits a New York where our world and the demon world collided, recreating the city as Hellsalem’s Lot, a metropolis where humans and demons coexist, after a fashion. The Libra group of super-powered operatives maintains the fragile peace in the city by any means. And when mild-mannered trainee reporter Leonardo Watch arrives in the city, he gets recruited into Libra in a case of mistaken identity. Blood Blockade Battlefront is a rich blend of drama and comedy and one of the better shows out there right now. Click on the review to see why you should buy it. 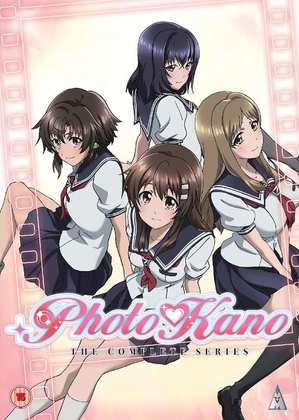 The final review of the week brought me back down to Earth with a crash, as I took a look at Photo Kano: The Complete Series. It’s based on a dating simulation, where a high school boy gets a camera, and goes about persuading girls to pose for him, romancing them one at a time. It’s not a linear thing. You just play one girl at a time in the game. It’s not a linear thing in the anime either. After setting things up in the first four episodes, each story has a reset button at the end, allowing the protagonist to romance a different girl instead. Okay, it’s sexist, but enjoyable enough if you like that sort of thing. It’s not overtly obnoxious at any point. Until the final episode where it falls off a cliff. 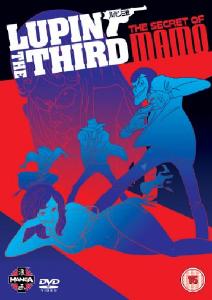 Lupin the 3rd: The Secret of Mamo. Fourth time is the charm. The first time I watched it, it was for the purpose of reviewing it, and there always is that slight distraction of the notepad, and jotting down notes while I’m watching. That, coupled with the film’s fantastic, psychedelic globe-trotting plot made it hard to really appreciate on anything past the technical level. On top of all that, at that point, all that I knew about Lupin the 3rd was based on The Castle of Cagliostro. That’s like basing your entire knowledge of James Bond on Casino Royale; the 1967 comedy movie not the Daniel Craig one. And as good as Miyazaki’s take on the Lupin franchise is, it’s not much like the rest of the franchise, which is grittier, sexier and a lot more adult than The Castle of Cagliostro. The second and third times I watched it, it was too late in the evening to really get into the film, and you really need to be awake to get your head around its psychedelic approach. But this time around I watched it at a decent hour, where sleep was less likely to interfere, and speaking of James Bond, this really is Lupin’s James Bond movie. As mentioned it is a globe-trotting adventure, but it’s also got a suitably megalomaniacal villain intent on destroying the world, to remake in his own image. All that Mamo needs is the Philosopher’s Stone, for which he’s promised Fujiko Mine immortality if she can convince Lupin to steal it. And just to make things easier for Lupin, he’s been executed to get the police off his tail.

Typically, I couldn’t find a trailer for the film on Youtube, but in an indication of Youtube’s draconian stance on movie piracy, the whole film is on there to watch. I’m obviously not going to link to that, so you get a burst of the film soundtrack instead. Also, here’s a link to my review of the film, from that first viewing. But really it hangs together a lot better if you’re awake enough to invest in the film. Manga Entertainment released it here on DVD in 2008, and you can still pick it up from e-tailers.