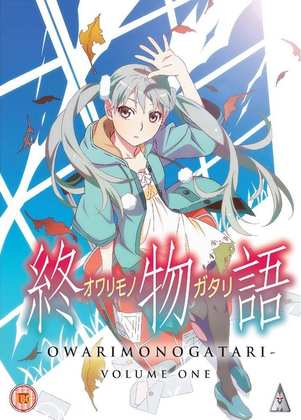 Three reviews for you this week, beginning with the next in the Monogatari franchise, Owarimonogatari: Part 1. Just when I start to wonder if this epic saga of Koyomi Araragi and the various girls that he encounters might be running out of steam, the SHAFT adaptation of the Nisioisin light novels hit one out of the park again. Owarimonogatari might ostensibly be about the enigmatic Ougi Oshino, but in reality this set of seven episodes, three story arcs, tells us more about a certain character than we have learned in the entirety of the rest of the series put together. This time it is Koyomi Araragi’s past that is under the narrative microscope. 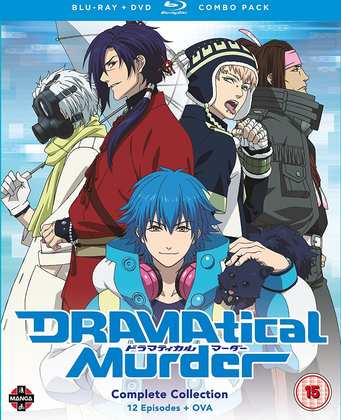 Then it was the turn of DRAMAtical Murder. It’s an adaptation of a Boys Love homoerotic videogame, with all of the homoeroticism removed (except for the OVA), leaving a rather bland, cyberpunk mystery. A young amnesiac man goes looking for his past, and finds a conspiracy to take over the world. There are some nice ideas in this show, but the execution is lacking. Click on the review to read more. 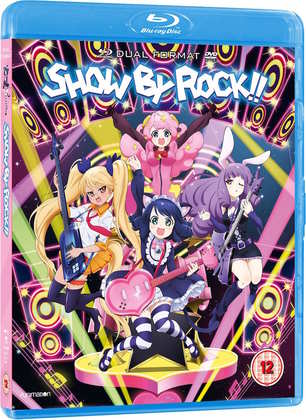 My final review for the week was Show By Rock: Season 1. It’s another of these schoolgirl idol shows that are so in vogue these days (Love Live Sunshine just had a second season announced), only Show By Rock has its protagonist pulled into a parallel world, turned into a catgirl, gifted a talking guitar, and given a mission to defeat Dark Monsters with her musical talent, when she isn’t jamming with her ambitious, up and coming band, Plasmagica. Show By Rock is a little predictable and unchallenging, and it’s not helped by its awkward animation, but there is much to like about this show. 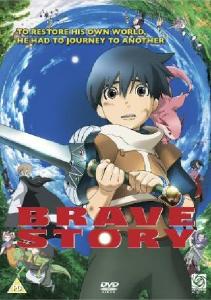 Brave Story. Studio Gonzo made two theatrical feature films. Everyone knows about Origin: Spirits of the Past; Manga Entertainment flooded the market with Blu-rays and DVDs, and you can still pick them up ridiculously cheaply online or in HMV. Brave Story is the good one. Both films look to Ghibli and Hayao Miyazaki for inspiration. Origin was Gonzo’s take on Nausicaa and Princess Mononoke, an eco-tale for the modern age, which overdid its metaphors and was heavy-handed with its preaching, topped off with a daft ending. Brave Story is more of a delightful fairy tale/rite of passage, and it works brilliantly, a strong, moving piece of entertainment. There is a parallel world where an adventurer can have a wish fulfilled, if he’s brave enough to collect five orbs. Two boys have wishes that they need fulfilling, born of tragedy in their personal lives. Great characters and a strong story that correctly defines its conflict between selfishness and selflessness, and Brave Story is one of the better, and more underrated family adventure films.


Would you believe that Brave Story never had a US release, never got a dub? Optimum Entertainment (now Studiocanal) released it as a subtitle only DVD in the UK back in 2008, and you can still get it online, although the surround track is a little borked (there is a stereo option that works). Here’s my review of that DVD. Brave Story has had a Blu-ray release in its native Japan, as well as Germany, France, and Holland, although none of them have English subtitles. It’s well overdue a re-evaluation, and deserves an English language Blu-ray release.