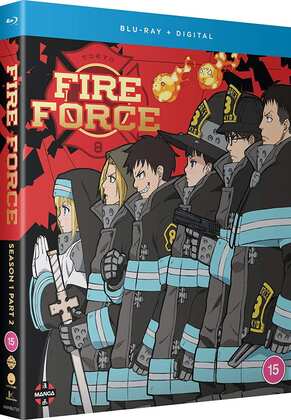 No surprises here; just one new review for you this week in the form of Fire Force Season 1 Part 2. That’s a situation unlikely to change until the nation is inoculated and we can get back to normality, and I don’t have to deal with a six month gap between releases erasing all memory of Part 1 from my mind. Not that there is much normality in Fire Force, set in a world revolving around fire, where people worship the sun god, where people can spontaneously combust, or worse, turn into demonic Infernals. All that stand against them are the various Fire Forces in the city, teams of pyrokinetics that can literally fight fire with fire. The 8th Fire Force is different though, rundown and rag-tag, they’ve been formed to investigate the other departments, and in this collection, they uncover some interesting and ominous truths. Click on the review to read more. 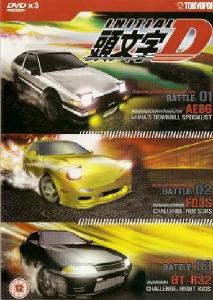 Initial D. Yes, it’s this again although this time it’s the original anime series, not the Hong Kong live action movie. It’s pure coincidence that both wound up in my re-watch piles around the same time and gives me a better chance to compare and contrast. The original Initial D series is really quite good, and of such a vintage now, that the tropes and clichés prevalent in the anime of the period, won’t even be recognised as such today, making the Initial D anime seem fresh and original. These are just the first nine episodes though, which is a bit of a downer, as the series never really has a chance to get going. There’s just enough here to introduce the characters, set the scene, and indulge in a couple of CGI drifting action sequences. The video is the full version of the first end theme, and you could see bits of it in the end credits. Beasty Shout!

Back in the early to mid 2000s, before streaming was a thing, and DVDs still sold by the tens of thousands, a fair few companies tried to get on the anime distribution bandwagon, although most were one and done affairs. This is one of those from VDI Entertainment. Here's my review. They planned to release the first series, and they kicked off by getting the PAL versions of the Tokyopop DVDs, sticking the first three discs into a fatpack and on sale, while scheduling the second collection, which ultimately was never released. The discs are cute though, effectively having the episodes on them twice, the original Japanese version, and the Tricked Out English version with techno music replacing the original music, and added visual effects as well. This came out in 2008 so second hand is your best bet now. But really, if you like Initial D the original series, which eventually ran to six seasons, OVAs and spin-offs, not just the first third of the first season we got in the UK, then Funimation’s Region 1 DVDs will be your obvious choice, although with those deleted, and with DVD winding up as an anime release format, you’ll have to scramble some to collect them all right now.