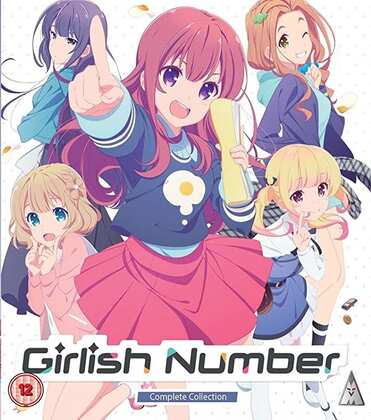 My one new anime review last week turned out to be a double dip for Girlish Number, upgrading the DVD to Blu-ray. Normally with anime, especially with anime from the mid-2000s, such upgrades are exercises in diminishing returns, as the clarity of the image is little changed. Girlish Number is a more recent show though, and the upgrade is far more than you would usually expect. In this case it’s because distributors had shifted over to Blu-ray, and had in effect forgotten how to make decent DVDs. You can click on the review to see just how much an improvement there is, and it’s well worth it with this delightfully cynical take on the anime industry, following an aspiring voice actress as she tries to navigate the complexities and politics of notoriety and fame. 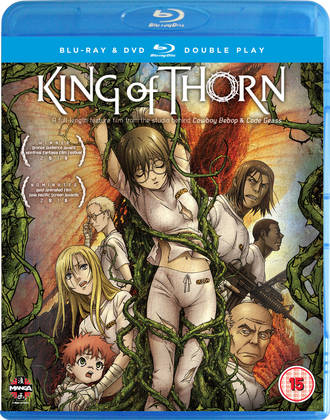 King of Thorn. Why does it feel that every second film I pick to watch these days has some global pandemic at its heart? It’s just adding insult to injury, and usually leaves me feeling less than complimentary about the movie in question. I loved 12 Monkeys when I first saw its Gilliam created insanity, but when I watched it recently, I wasn’t as impressed. However, I found King of Thorn to actually improve with a re-watch. Given that I didn’t think much of it to begin with may go some way to explain why I’m finding more to appreciate. It’s set in a world ravaged by a plague that turns its victims to stone. An industrialist sets up a cold sleep facility for a select few to sleep through the pandemic and wake up in a world with a cure. But instead they wake up in a bizarre world full of strange and fantastic creatures, most of them out to kill and eat them. It looks like millions of years must have passed to allow for such evolution, but the reality is far more esoteric.

I think it’s because I now know how King of Thorn ends and in what bizarre directions it goes, that I can watch it and not be utterly let down as I was the first time. It just doesn’t develop in the way that it seems it might at the start of the film. The story wrong foots you and defies your expectations in a way that is quite disappointing. But once you’ve been spoiled for the ending, it’s actually quite a bit of fun to watch. Here is my review. Manga Entertainment released King of Thorn on Blu-ray DVD combo in 2013, and it’s still available to buy today, although it is getting scarce, with some outlets no longer stocking it.

MVM released Girlish Number on Blu-ray and DVD back in 2018.