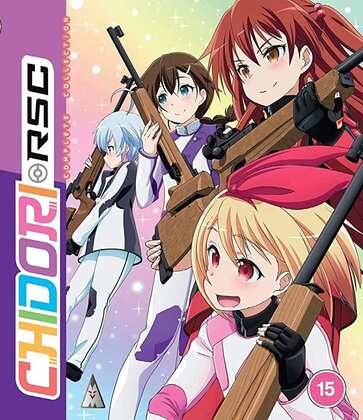 If like me you seek something different in every anime you encounter, you’d be forgiven for seriously considering Chidori RSC. Guns and high school aren’t friendly combinations, and haven’t been for years, and Chidori RSC is an anime about a high school rifle shooting club. But there are no cute girls with guns going on a rampage here, far from it. This is K-On! with rifles, another entry in a genre so oversubscribed that they’re probably running out of after-school clubs at this point. But like most other shows in this genre, even when it’s painfully average, it’s still enjoyable, and Chidori RSC has a mid-season genre switch that might jar you out of your complacency, were it not a switch to a different, but almost as oversubscribed genre. Click on the review to see what that genre is. 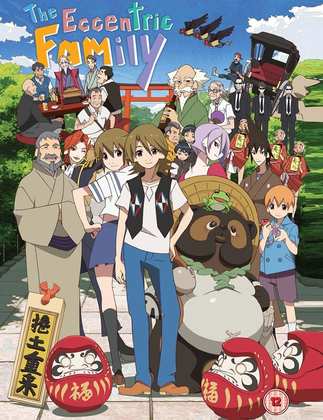 The Eccentric Family Season 1. This is the kind of show to go for if you’re looking for originality. Japan is a country with rich mythology and folklore, and The Eccentric Family really taps into that, set in a modern day Kyoto with magic and mayhem going on in the background. It creates this world of three hidden societies, the shape-shifting tanuki, the powerful tengu, and those humans that are aware of this world. It centres on the family of the title, a mother and her four sons, heir to the ‘foolish blood’ of their late father, the leader of the tanuki, who wound up cooked and served in a pot to the members of the Friday Club, those humans I mentioned before. While the four sons are still trying to come to terms with the loss of their father some years before, the election to choose the new leader is imminent, and truths about their father’s death are about to be revealed.

MVM released the show on Blu-ray Collector’s Edition in 2015, the standard DVD in 2016, and the standard Blu-ray in 2019. Here’s my review of the Collector’s Edition, and all three are still available to buy. I do recommend the Collector’s as it’s one of the really good ones when it comes to supplementary material. The sticking point is Season 2, which was broadcast in 2017. NISA released the first season in the US, and all other English territory releases are derived from that. But NISA have stopped releasing anime, and no one to date has licensed the second season. It is still on Crunchyroll at the time of writing though.