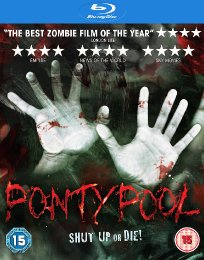 DVD
Siege of the Dead

Blu-ray
Kabaneri of the Iron Fortress

Article
[Rec]2 out on DVD and Blu-ray in September

Based on Tony Burgess' bestselling novel Pontypool Changes Everything, the film Pontypool, for which Burgess wrote the screenplay, takes place almost entirely in one building with sound depicting events outside.

It's Valentine's Day in Pontypool, Ontario and DJ Grant Mazzy is on his way to work at the CLSY Radio when he stops his car at a set of lights and a girl appears from nowhere, slams her hand on the passenger door window, mumbles something strange and indistinct and then disappears back into the snow.  Once he gets to work to present Mazzy in the Morning, from a church basement, Mazzy lives up to his reputation as a hell raising 'shock jock' by antagonising listeners and explaining to his producer that an angry listener was more likely to get friends involved than someone who is quite content to sit alone and listen to the radio. 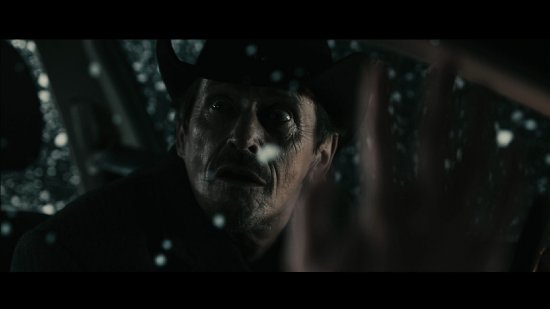 In between music, reports of school closures and bus delays, Mazzy freewheels about anything and everything and crosses to his 'eye in the sky' Ken Loney.  At first the reports are banal but then Ken has breaking news of a mob attacking the practice belonging to Dr. Mendez.  Soon the incidences of crowd violence and riots become more widespread and the BBC is even contacting the radio station for information about what's happening on the ground.  Unfortunately, Mazzy, his producer Sydney and assistant Laurel-Ann know no more than their more esteemed colleagues.

When the information becomes slightly clearer and they realise that this isn't a hoax but  there is really some sort of virus infecting townsfolk through language rather than bodily contact, they must be careful what they broadcast and what they listen to themselves, should they fall victim to the outbreak. 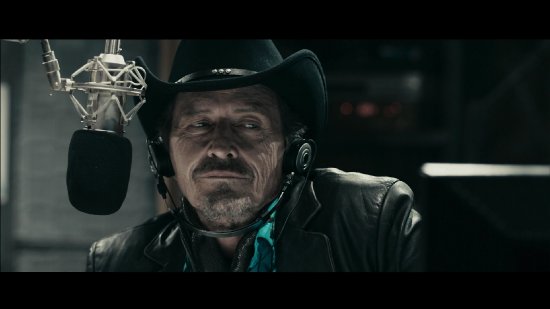 Pontypool is an odd film in that, apart from the opening sequence, it all takes place in a small radio station with no view of the outside or cutaways to events in the town.  All you have is the information coming in, distressed calls and the threat of the virus getting in.  There is a tangible sense of creeping menace and doom that pervades Pontypool and the three main actors, Stephen McHattie, Lisa Houle and Georgina Reilly put in incredible performances with their voices and body language able to convey the horror and helplessness of their situation.  The supporting cast are also marvellous, especially those who, like Rick Roberts, are never seen.

Though the zombies are seen very little and there are no bloody attacks and copious amounts of gore, Pontypool is deeply unsettling and unnerving as the tension and horror is ratcheted up with great skill by director Bruce McDonald.  It is a film where less is more and it can be extremely scary and affecting just through phone conversations and the expressions on the team's faces.  McDonald proves to be a master at building tension and creating atmosphere from very little and Pontypool is a startling and incredible watch.

Extra Features
For the first time in a very, very long time I gave up on a commentary.  There isn't much to say about Pontypool as there aren't many locations, cast or incidents so most of the stuff is covered very early on and then the participants just talk about their plans for the two sequels (yes this is a planned trilogy!) with one taking place at the same time but outside with people listening to the broadcast.  With them talking about films that have not yet been made, I found this fairly pointless and boring.

Pontypool: The Radio Play also failed to hold my interest for the hour long running time as it consists entirely of the radio transmissions from the film with an image gallery (in 1.66:1 so you have black bars down the sides of the screen) running throughout.  As I'd just seen the film, I saw no point in listening to it again and don't really see an advantage from having it.

There are two interesting short films, Eve and Dada Dum which are experimental silent black and white shorts by different directors.  I'm not sure how they are linked to the feature film or why they are included in the package but are worth a look.

Also included is an image gallery and a couple of trailers. 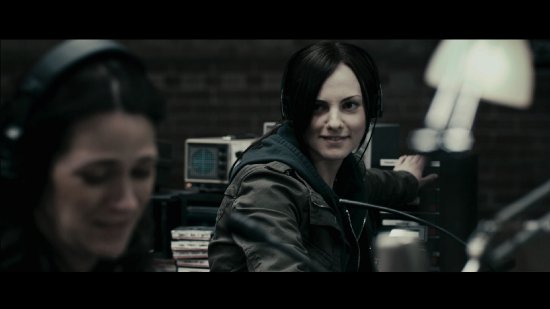 The Picture
This isn't a film with expansive shots or a reliance on many special effects but those effects that are used are extremely convincing and the many close up shots look fantastic, showing every line in Steven McHattie's weather beaten face.  The tension is helped by the detail as you pick up the slight twitches in people's eyes and can see how worried they are.

The Sound
Audio plays a huge part in the movie and the DTS-HD Master Audio track is wonderfully clear so you can hear every bit of background sound, the angst in the protagonists' voices and, when the virus strikes and language becomes extremely jumbled, the sound is as chilling as you'll get. 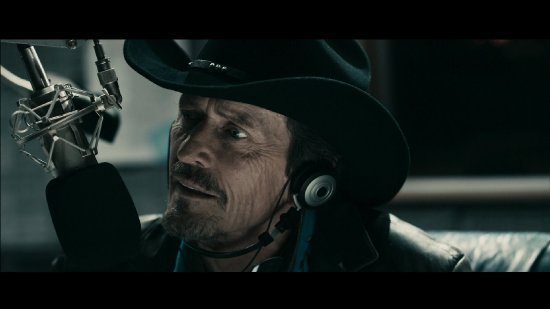 Final Thoughts
I didn't know quite what to expect from Pontypool and found the idea of a horror film that takes place entirely in one room with no violent attackers to be a little odd.  However, when you realise that this is a siege film and that the virus is not airborne or spread by contact but by language, the threat seems even more real and terrifying - the idea that you can catch it simply by hearing a word is as horrifying as a bloodthirsty zombie banging at the door.

Pontypool is directed with consummate skill and is a quality horror movie, though it's a shame that the extra features aren't particularly interesting.