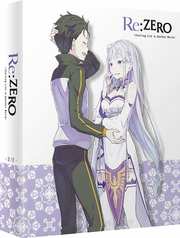 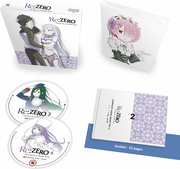 My sense of entitlement knows no bounds. I may or may not have turned the air blue when it transpired that check discs for Re:Zero Part 1 were not available. Then again, I was going on what little I’d read about the series, the concept of a main character whose life would reset every time he died, giving him the chance to fix things. It had the trappings of the kind of sci-fi show that I’d lap up. I obviously didn’t read enough about it, as only when the check discs for Part 2 arrived, did I read more, and realise that it’s another ‘isekai’ show, another ‘character lost in a fantasy world’ story, and I have to say that my enthusiasm left me pretty quickly. It had already waned with the news that the Part 1 release was flawed, that Funimation had authored discs marred significantly by banding. As this second part makes its UK debut, like Funimation in the US, Anime Limited have announced a disc replacement scheme here, so that’s one itch scratched. But it’s still the case that it’s an isekai show, and I’m starting from the middle with Part 2. I have no idea what this show is about, and will have to catch up with whatever episode synopses I can find online. This may not be the most edifying of reviews. And as I haven’t the slightest idea of what’s going on, I’ll simply cut and paste the disc blurb at this point. 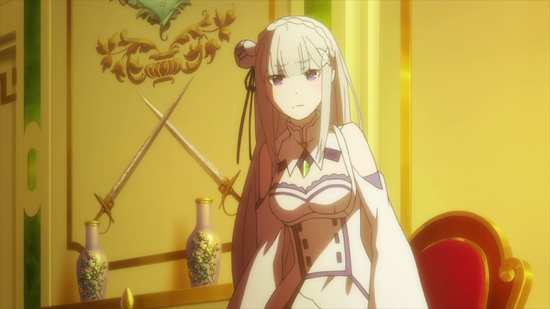 Quote:
After being suddenly transported to another world, Natsuki Subaru discovers a terrible truth—he can’t die. Or rather, he can’t remain dead. With this terrifying new ability, he experiences reset after reset and it begins to take its toll on his mental state. But, determined to protect his new friends and the woman he’s fallen in love with, Subaru suffers to save. 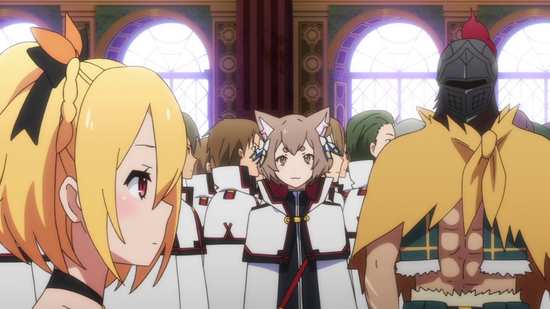 The thirteen episodes of Re:Zero Part 2 are presented across 2 Blu-rays from All the Anime.

Disc 1
13. Self-Proclaimed Knight Natsuki Subaru
14. The Sickness Called Despair
15. The Outside of Madness
16. A Pig’s Greed
17. Disgrace in the Extreme
18. From Zero
19. Battle Against the White Whale
20. Wilhelm von Astrea
21. A Wager That Defies Despair

Disc 2
22. A Flash of Sloth
23. Nefarious Sloth
24. The Self-Proclaimed Knight and the Greatest of Knights
25. That’s All This Story Is About 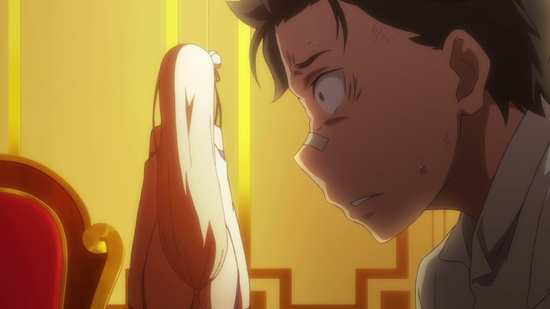 Re:Zero gets a 1.78:1 widescreen 1080p transfer on these discs. The image is clear and sharp, colours are consistent, and the animation comes across smoothly. Re:Zero is an anime with significant production value, and there’s plenty of detail in the world and character designs to appreciate, while the action sequences are impressive. It’s the sort of animation that you want in the best quality, which no doubt caused a whole lot of negative feedback when the Part 1 release went overboard with banding. The banding on the Part 2 discs is back to normal for Funimation, really only limited to darker and mistier/smokier scenes. Alas, the whole of the battle with the White Whale towards the end of the first disc takes place in such conditions. Otherwise it’s a watchable release. 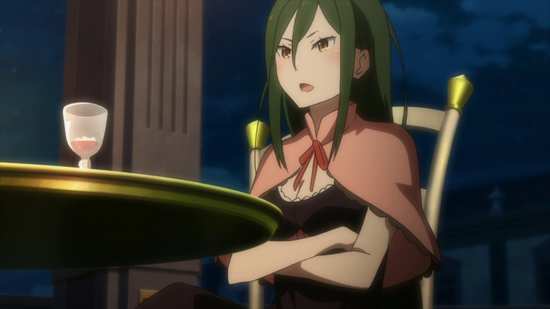 You have the choice between Dolby TrueHD 2.0 Stereo English and Japanese, with subtitles and signs locked during playback. The audio is fine. I watched the Japanese, and found the actors to be suited to their roles, the action coming across well, and the show’s music driving the emotion of the piece. The subtitles are timed accurately and are free of typos. I checked that the dub exists, but wasn’t immediately attracted to it as an option. 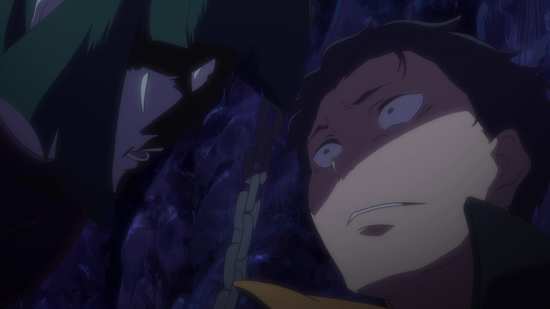 The extras are all on disc 2, which autoplays with a trailer for The Ancient Magus’ Bride. 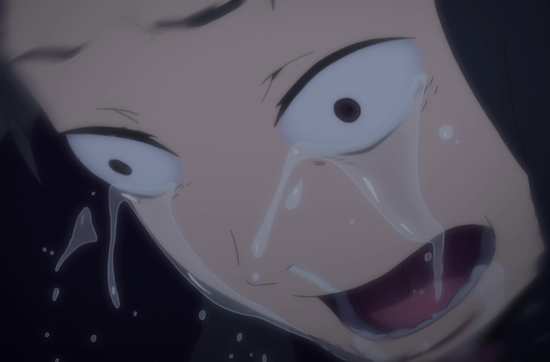 Re:PETIT ~Re:Starting Life in Another World From PETIT~ is not a song by Jackie Wilson. It’s actually a collection of short comedy animations, 14 of them which see cutesy versions of the characters having fun in high school. These run to 35:34 in total, and are in Japanese with subtitles only. 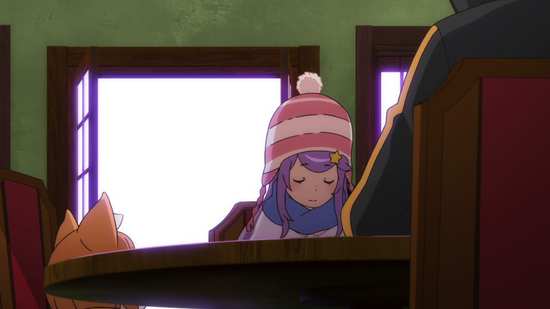 You get the textless credits for the show, and trailers for Twin Star Exorcists Part 4, Overlord Season II, Kino’s Journey ~The Beautiful World~, Steins;Gate, Deadman Wonderland, and the live action Death Note movies.

I haven't seen the physical extras that come with this release to comment. 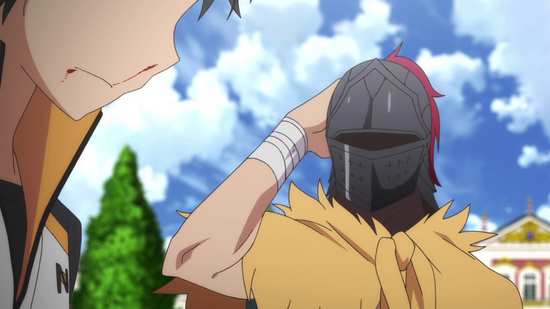 Without the context of the first half of the series, I doubt I can give Re:Zero a fair hearing. It also turns out that a second season has been commissioned on the back of this one, so either it’s really good, or it’s got a lot of fan service. I can tell you straight off that there isn’t much in the way of fan service in these episodes. However, after watching episode 13 and proceeding into this second half, I was prepared to slate the show. It doesn’t help that this is a character driven show, and the main character is on a self-actualising story arc. 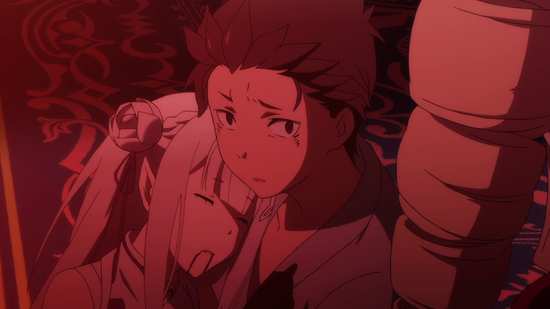 So for the first few episodes in this collection, I was presented with an arrogant, obnoxious, and self-important main character that treated all those around him like lint. This was just the prelude to some perhaps deserved suffering on his part, but it also entailed everyone else treating him like dirt in turn, and all of a sudden I’m watching a show where except for one character, everyone is really horrible. I didn’t want to watch the rest of this collection, and even intellectually being aware that I’m picking up in the middle of the story, that the main character is in the middle of transforming from who he was, to he is destined to be, I just couldn’t buy into the show. 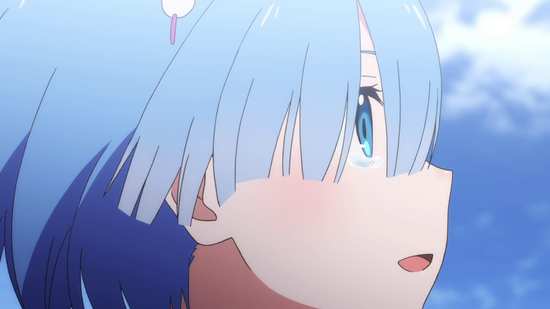 Of course by the end of this collection, he’s completed his journey, become a better person, and earned his triumphs, and the show left me feeling a lot better about it, but stupidest piece of advice ever... Don’t watch Re:Zero Part 2 if you haven’t seen Part 1. 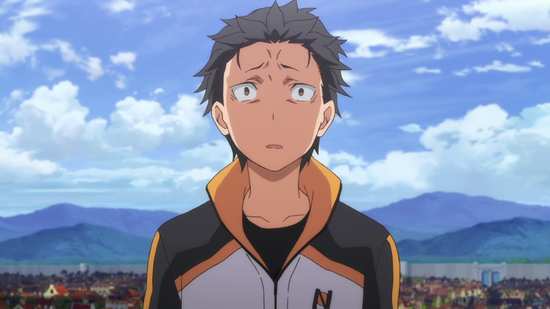 So Subaru is transported to another fantasy world which bears much resemblance to an RPG videogame. There are plenty of magic and fantastic creatures, and Subaru gets the very game like ability to set save points. Every time he dies, he ‘restores’ to an earlier point and gets to try again. He very early on decides to support a half-elf named Emilia in her ambition to become ruler, and as we start this collection, it’s his arrogance in assuming that role that gets the better of him. When he discovers that the worst will happen, that a group of psychopaths known as the Witch’s Cult will slaughter all that he holds dear, he determines to save Emilia and everyone. But simply resetting and trying again won’t work. Fate seems to throw up an impediment no matter what he tries, and in the end, he’ll have to learn humility, and learn to trust if he is to have a chance. 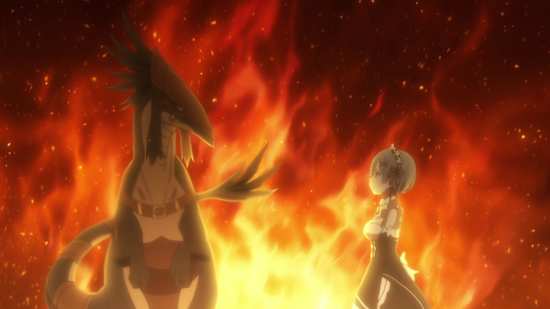 It’s a good story, with strong character development, as Subaru goes through despair and desperation. But it’s hardly an original concept. Groundhog Day has done it all, and better, and in a shorter montage sequence, and the contrivance of the ‘save’ point in Re:Zero tends to put a damper on my suspension of disbelief. The anime Steins;Gate did something similar but with far greater emotional engagement. Still, what do I know? I haven’t even seen part 1. Re:Zero has an engaging story that’s well worth seeking out, although with Anime Limited selling out of this Collector’s Edition before the day of release, you might have to wait and hope for a Standard Edition instead to take it all in.