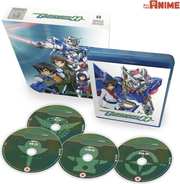 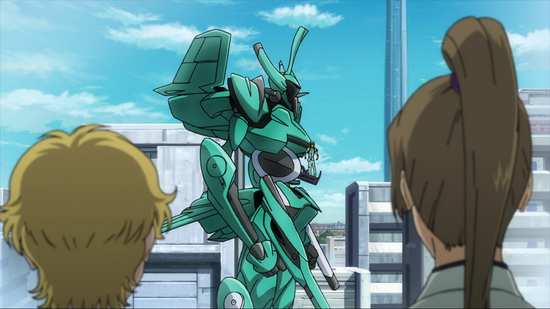 Wow! I have become quite a fan of all things ‘Gundam’ over the past few years, most particularly the vintage Gundam series which kicked the whole thing off back in the late seventies and very early eighties.

The ‘Gundam 00’ series heralds from 2007-2008, now over a decade ago, yet it seems very contemporary. Because it’s so smartly futuristic, there is nothing in it that seems dated and the animation style throws aside any necessity to acknowledge the style of the original. OK. So the Gundam suits maybe look a bit 80's Transformers-like, but we’re talking Mobile Armoured Suits here, so what do you expect? 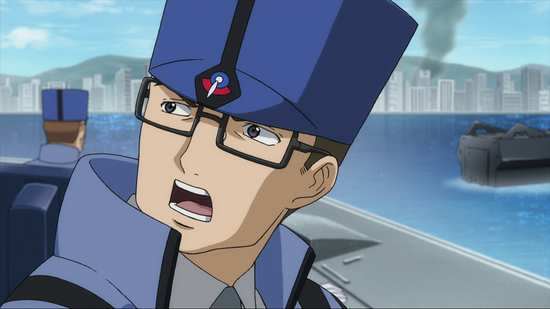 It’s a really great series to introduce the franchise too, needing no previous knowledge of the show or its universe. In some respects, the narrative has been pared back to a very basic premise so its easy to follow, and it works as a viable, simplistic back-drop for character development that is far more sophisticated than in any part of the series that I’ve seen so far. So it’s all pretty much good news.
This Blu-Ray edition contains all 25 episodes of the first season, with a second set hot on its heels and slated for some time in December. It contains the original Japanese audio (with English subs) as well as a very workable, if predictable, English dub which is the option I took for this review. (Both audio options are 2.0)


Episode 1 – Preview the series and then purchase it in HD….

So the premise of the series is that it’s 2307 A.D. The world’s fossil fuels have been completely depleted but earth has figured out a way round it by creating a huge source of energy in the form of a large-scale solar-powered generation system based on three orbital elevators – basically tower-blocks that extend into space. There are three of them as each belongs to a different super-power; the Union (America), the Human Reform League (Asia) and the AEU (essentially Europe). So not much change there then. However, despite this there is still constant jostling for power, often manifesting in wars as well as extreme poverty for nations who cannot access the grid causing huge inequality and dissent. 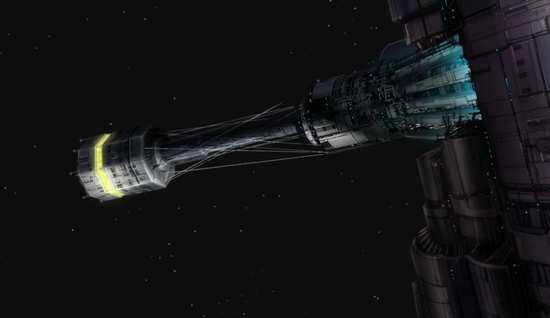 A private armed organisation, with unmatchable power (via their small fleet of unequalled Gundam Mobile Suits and pilots), decide that they will step in to any conflict and exert power to stop war and maintain peace. This paramilitary organisation goes by the name ‘Celestial Being’ and it’s this agency that is the focus for much of the series. Far from being an extremist terrorist organisation (as some world leaders would have their citizens believe) they are made up of a series of dedicated and gifted Gundam pilots, mainly young and idealistic but led by a woman who relies on drink as much as her unbending ethos for good. She in turn reports to the group’s leader, a mysterious bald headed, goatee bearded man who appears in broadcasts to world leaders. Records show that this man was actually alive some centuries before so we are never sure if his image is just a digital front or not. As the series progresses, his presence is more or less forgotten. 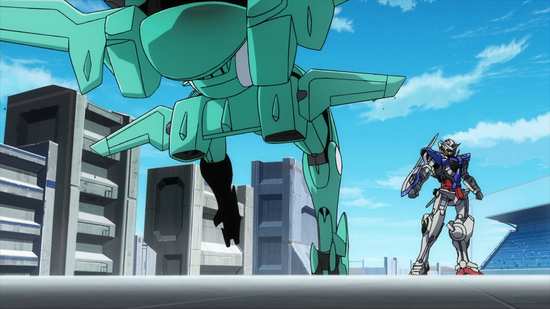 The series kicks off with the AEU proudly hosting a demonstration of their latest and greatest robot technology. Just as the demo is about to begin, the event is hijacked by a pilot in another mobile suit with extraordinary powers that leave the state-of-the-art suits on display looking pretty stupid by comparison. It’s a great way to fire a warning shot to the great powers that there is an army of new suits in town that have a power way beyond any technology the super-powers may hope to develop. For those of us in the know, Gundam technology seems to fuse the best of robotic and human power into a single being. Indeed, the young pilots, when they are completely in the zone, declare ‘I am Gundam’. 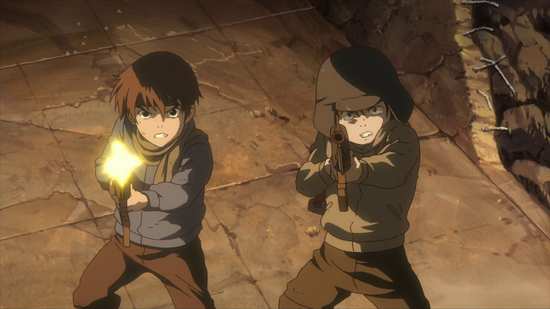 The group intervene in a number of global situations, revealing that the first Gundam was no one off and that there are least four of them. They defend one of the giant, towering orbital stations against a terrorist attack. However, life isn’t always quite so black and white and the group soon make some tough decisions on how to end complex conflicts where it is unclear which of the sides is for good. Their mission, it seems, is not to decide that, but to simply stop war, usually by putting an aggressor out of action, whether they appear to be morally in the right or not. 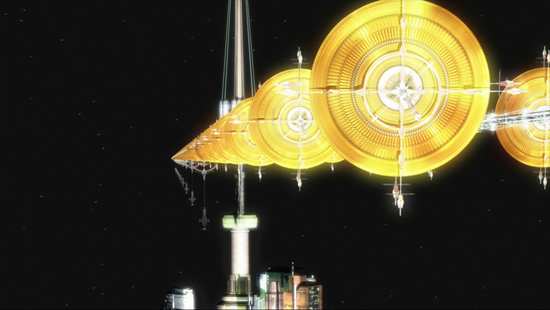 Whilst most of the action, which never seems superfluous or gratuitous, is similar in its choreography and graphic style to earlier Gundam incarnations, it really feels more like a new series with little else to connect it with vintage Gundam. If this series weren’t so good in its own right, that may have been a bit of an issue, but this really is no homage. Think of it like the new Planet of the Apes films as compared to the old. Yes, there is clearly a link but the two are quite separate animals, and that is the case here. Newbies to the franchise should have no fear of starting here. 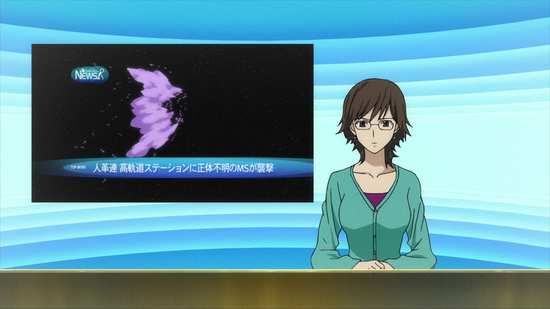 The reason the series feels so different to the original, and easily its equal, may be that the writer and director for the series both came from outside its original universe. Seiji Mizushima was responsible for Edward Elric in the first series version of Fullmetal Alchemist, another favourite of mine. Writer Yousuke Kuroda’s penned series like Excel Saga, Gungrave, Honey and Clover and episodes of Tenchi Muyo so has a wide and varied background. 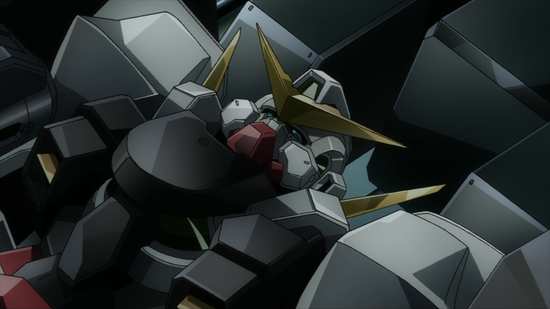 Made in 2007, there is unarguably a paranoid sense of a world in turmoil with the very real horrors of terrorism at the fore. It doesn’t take a film scholar to recognise that the series is reflecting a shared world view of the time, just a few short years after the Twin Towers attack in New York, and subsequent attacks the world over, making terrorism a new norm in countries hitherto pretty much safe from its cruel and indiscriminate destruction. 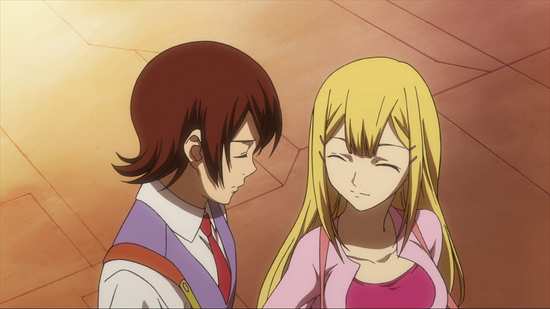 There are even tentative forays into the Middle-East, with one of the Gundam pilots raised in internal conflict, and a Princess recognising that she needs the help of Celestial Being to bring peace to her war-torn country, ravaged by religious intolerance. This is heady stuff for kids, so maybe one for teens and older. There is even a story line relating to Northern Ireland which has continued to be riven by conflict for centuries. This is a pretty no-holds barred series that has one foot firmly in reality with its second in the most incredibly creative fantasy world, a formula that really only works in anime. 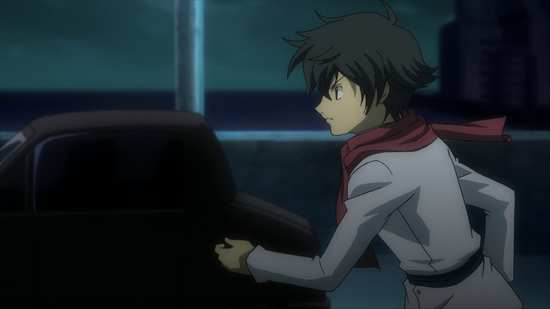 Across its 25-episode narrative, there is never a dull moment. Characters get a lot of soul-finding space to develop and the action, whilst intermittent compared with some of the franchise’s fairly relentless series, is always superb and looks and sounds pretty incredible here. It’s a highly emotive series too with Gundam pilots screaming with pain on occasion or in floods of tears as battles take their toll. 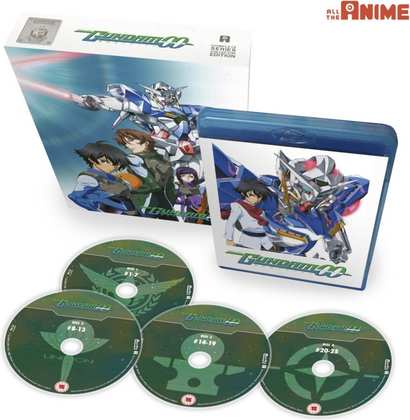 If you’re fast (and apologies that this review has taken so long) you may still be able to get hold of one of the collector’s editions (limited to 1000 in the UK) which comes in a nice box to house Season 2 as well after its mid-December release. Once you’ve seen Season 1, you’ll want Season 2 so definitely worth picking up.
There are a surprising number of extra features on the discs themselves, though I dodn’t fond them particularly essential. There are a number of ‘Tactical Forecasts’ from #3 – #25 which, if you’re viewing the series anyway seem superfluous, although perhaps a nice way to review some of the highlights. There are also clean Opening & Ending Title Sequences, a ‘Gundam 00 “Daybreak’s Bell” Promotional Video, and Japanese Audio Commentaries, featuring mainly voice-artistes though with the director too, for Episodes 17, 21 & 25. I confess to having given most of these a miss, though who knows, I may give the Japanese audio commentaries a go at some future point. 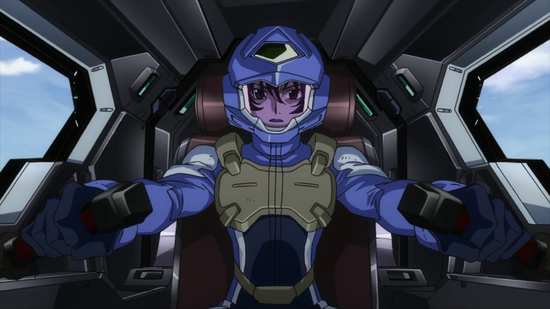 All in all, this is a fabulous set that is not only another great addition to the Gundam universe, it is a great series in its own right and one that deserves to be seen. It’s Christmas – treat yourself!