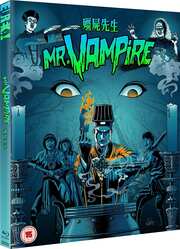 Blu-ray
Encounter Of The Spooky Kind

The HD revolution hit classic Hong Kong cinema a little late, but for the last few years I have really been entranced by some classic kung-fu action movies in high definition, movies from Jackie Chan, Sammo Hung, Jet Li and the like which I might originally have seen on blurry, tenth generation VHS copies. When you see films like Armour of God II in crystal clear widescreen, it’s like watching them for the first time. Kung-fu action is all well and good, but classic Hong Kong cinema gave us some other genres as well. This time it really is a first time for me, as while I had heard of Mr Vampire, I had never seen it before now. This time, it’s a kung-fu horror comedy, a genre mash-up from producer Sammo Hung that inspired a franchise and kicked off a whole new genre. 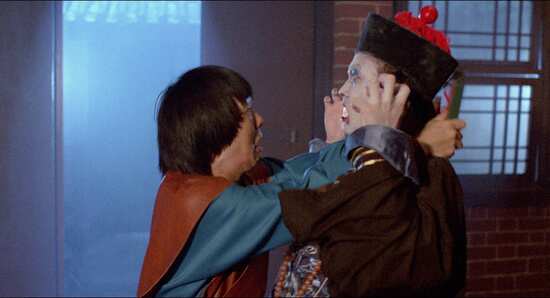 Master Gau is well versed in the supernatural, which comes in handy in his day job of running a mortuary. He tries to impart his wisdom to his two apprentices, Man Choi and Chau Sang, although their tendency to find mischief can be problematic. When notable businessman Yam comes to him, asking for his father to be reburied, he’s initially reluctant, but as Yam has suffered twenty years of misfortune following the initial burial, Gau’s persuaded to help. But after exhuming the coffin, Gau realises that they may have more trouble. Yam’s father hasn’t decomposed, and he may have died with a lingering grudge or regret. That’s the perfect condition for a corpse to become a vampire... 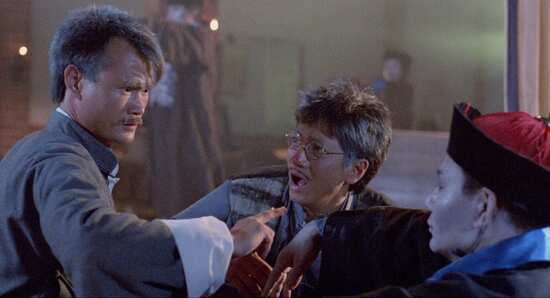 Mr Vampire gets a 1.85:1 widescreen 1080p transfer, and you get the original Cantonese mono in PCM 1.0 form, a PCM 2.0 European English dub, and a DTS-HD MA 5.1 Surround US English dub, with translated subtitles and a signs track. I was happy with the Cantonese mono, which is as you would expect, clear and free of any glitches, dropouts or distortion. The transfer is excellent, clear and sharp, with good detail and rich, consistent colour. The film has a natural level of grain, is free of dirt, damage and signs of age, and the production design comes across well, although you can see the wires in some of the action sequences, and the seams in the make-up. 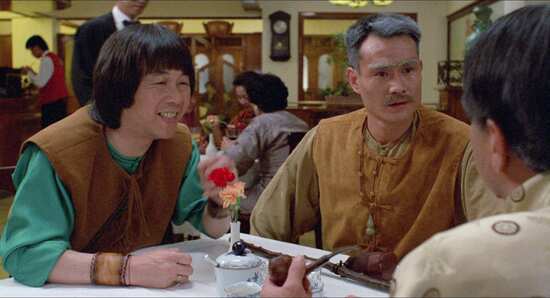 I haven’t seen the packaging, but the first run of the disc will come with a 28-page booklet with a couple of detailed essays on the film and the cultural differences between eastern and western vampires.

The disc itself boots to a static menu.

There’s more cultural context in the commentary from Frank Djeng. 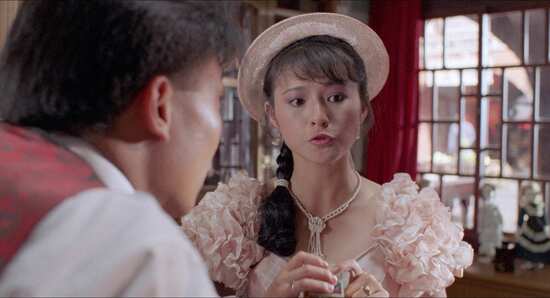 The Interviews on this disc are sourced from previous releases, and are scaled up to 1080i.

You get the textless end credits which last 1:24, and the Original Hong Kong Trailer which lasts 4:08. 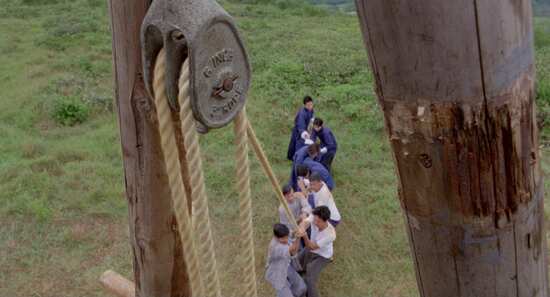 Chinese vampires are a fair bit different from the vampires we’ve grown up with in the west. These bloodsuckers are more mindless zombie than sparkly charmers of the night. They may have fangs, but they can do as much damage with their fingernails, and because of rigor mortis, their primary mode of locomotion is by hopping. And these jiangshi have different vulnerabilities, ritually blessed string, sticky rice, and paper charms. But one thing is a commonality. Being bitten by a vampire can ruin your day. 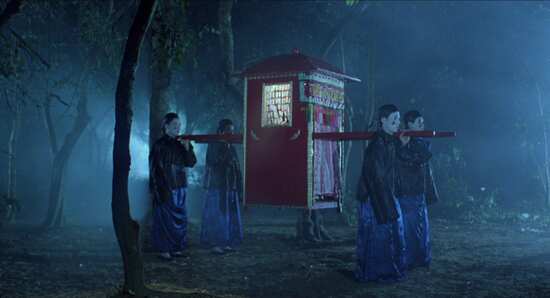 Mr Vampire is comfortably familiar to begin with, presenting us with a master and his two disciples; a dynamic established in many a kung-fu film. Although this master is less about the smack-down as he is about preventing the supernatural from going out of control. He has the knowledge and wisdom to ensure that the dead are buried properly and stay buried. The same isn’t true of his students though, Chau Sang has an eye for the ladies even more than Man Choi, and when we first encounter them, Man Choi is sleeping over at the mortuary, making sure the current tenants stay where they are supposed to. And Chau Sang has decided to play a prank on his fellow student. Only the prank gets out of hand, and some of the undead are woken from their slumber, necessitating Master Gau having to deal with the problem. It’s a concise way of introducing us to the characters and setting the rules of this particular spooky world. 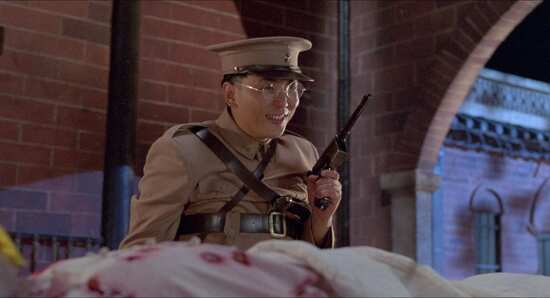 The story proper begins when the businessman Mr Yam asks for his father to be reburied; only Yam senior hasn’t been properly interred and is holding a grudge, and Gau makes the mistake of asking his disciples to do something that he should have done himself, making sure the coffin remains sealed. The students are distracted by Yam’s daughter, Ting-Ting, made even more complicated as the local police authority Wai also expresses an affection. The usual comedy capers ensue, crossed wires and clumsy advances, freshened up with a supernatural edge (voodoo magic is used at one point). By this point, the vampire is hopping mad, looking for revenge against a family that so poorly handled his burial the first time around. 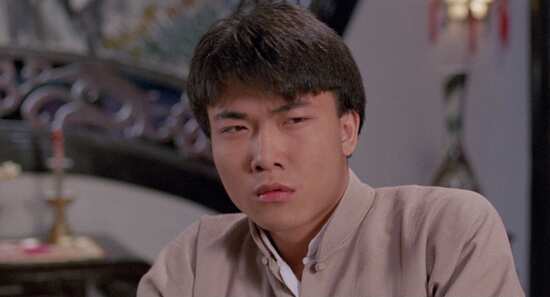 If that isn’t enough trouble, Chau Sang winds up attracting the attention of an amorous ghost, something that he’s not too averse to, but it does knock his priorities out of whack at the worst possible time, after Man Choi is attacked by the vampire and starts changing into one himself. 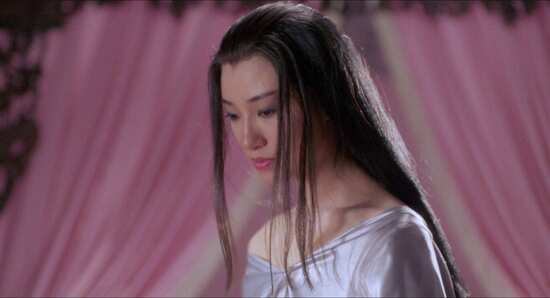 Mr Vampire is a whole lot of fun. They’ve taken what is rather a familiar genre, the kung-fu movie, peopled it with familiar character archetypes with comedy relationship antics, and given it a supernatural twist. The result is really quite endearing, funny, and different, although it never gets too spooky, or even ventures anywhere close to scary. Mr Vampire was to kung-fu comedy what Carry On Screaming was to British comedy. At this point it should go without saying that the film looks splendid with its 2k restoration on this Blu-ray. It’s well worth looking up if you’re a fan of eighties Hong Kong action cinema looking for something a little bit different from the norm, but not too different.