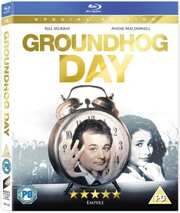 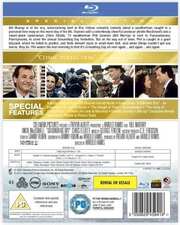 Blu-ray
Men in Black I and II

Article
Ghostbusters to burst onto Blu-Ray in June

Most of the films in my collection are those that I like or love, which makes perfect sense of course. You’re only going to shell out on that which you desire. Don’t get me wrong, I enjoy Groundhog Day just as much, but it’s a film I’ve always had on my shelves for another, more visceral reason. It’s nostalgia, less about the film itself than remembering where I was when I first saw it, and who I watched it with. I have a few such films in my collection, and I find that it doesn’t even matter if I like the film or not. It’s like a photo album that I take out in middle age, and marvel at how young we once were, and regret the odd missed opportunity. Not that there are any missed opportunities in Groundhog Day, where the protagonist gets trapped in a time loop. 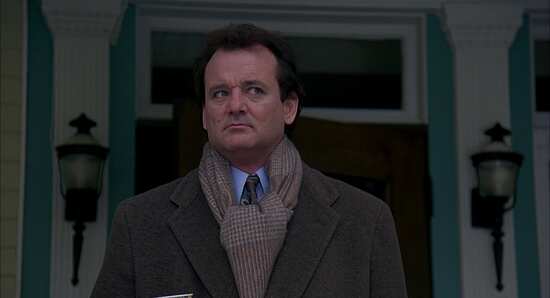 Phil Connors is a weatherman who gets sent to the small town of Punxsutawney to cover the annual Groundhog Day festival. With him are his new producer, Rita and his cameraman, Larry. Phil isn’t exactly fond of small towns and quirky traditions and makes this abundantly clear to his colleagues. After giving a lacklustre report, they leave the town to head back to the city when they get caught in a blizzard. The worst happens, or so it seems to Phil, and they have to spend the night back in Punxsutawney. 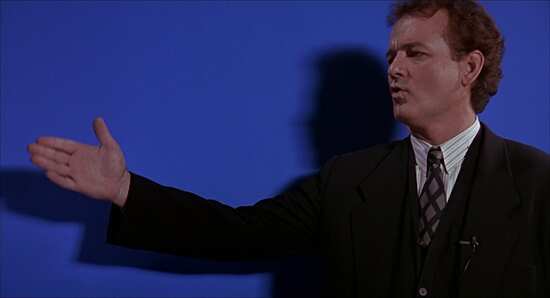 The next morning, Phil wakes up and Sonny and Cher are still playing on the radio, just as the previous morning. He gets ready for the day and experiences a growing sense of déjà vu. His worst fears are confirmed when he gets to the town square and sees the Groundhog Festival still in progress. It’s still February 2nd. The day is repeating, again and again and again. Phil is trapped living the same day over, initially a nightmare, but he soon realises that he can shape the day to his advantage and sets about ensnaring the affections of Rita. 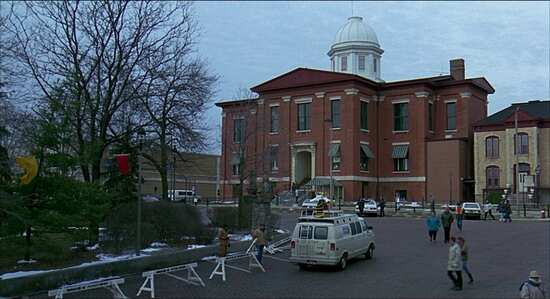 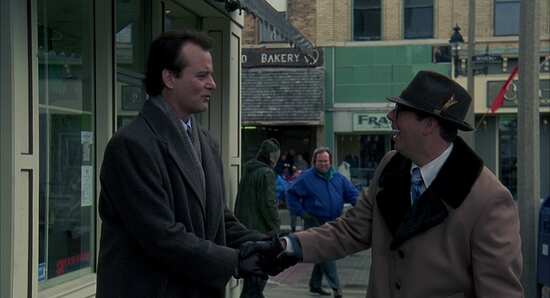 An improved transfer is the biggest reason to double dip to Blu-ray, as the DVD release looks not too far removed from the VHS, really quite soft and lacking in detail. In the end, the Blu-ray is a major improvement, as it now looks like a top-notch DVD transfer. You’re not going to get the full HD treatment here, and it certainly looks as if the DVD and BD share a common source. The image is clear, sharp and with strong detail, and fair colours, and no sign of print damage or age. There’s a bit of grain and a smidge of flicker at times, but it does look a little as if DNR was applied. But the film is soft, colours are muted, and the balance is tilted towards red. Skin tones don’t look quite right, but the bottom line is that it is better in every way than the old DVD, including the audio, which for a film from the early nineties is still quite immersive, especially when it comes to the music, while keeping the dialogue clear. 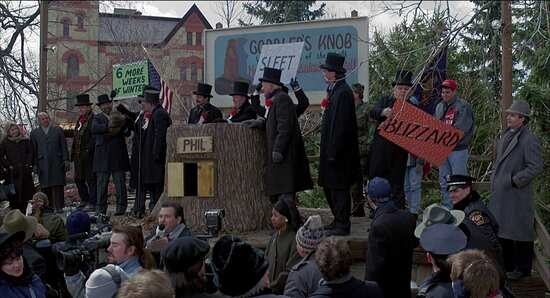 You get one disc in a BD Amaray case, and there is a bit of inner sleeve art to appreciate. The disc boots to an Animated Menu, and there is a BD Live link, although whether any servers are still switched on 12 years after the disc’s release is another matter. Still there is a nice selection of extra features on the disc, a big improvement over the barebones DVD. 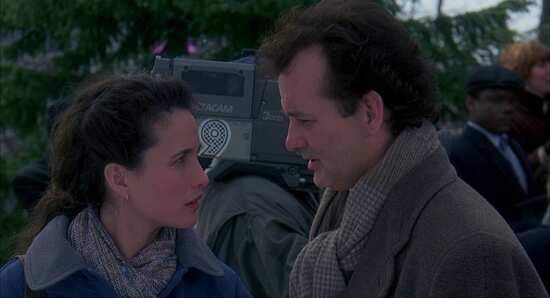 The audio commentary with director Harold Ramis is gappy but informative.

A Different Day: An Interview with Harold Ramis lasts 9:58 and was recorded in 2008.

The Study of Groundhogs: A Real Life Look at Marmots lasts 6:24. 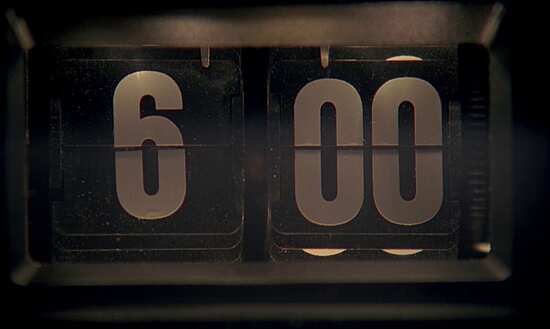 Finally there are trailers for Close Encounters of the Third Kind, 30th Anniversary Ultimate Edition, and Open Season 2. 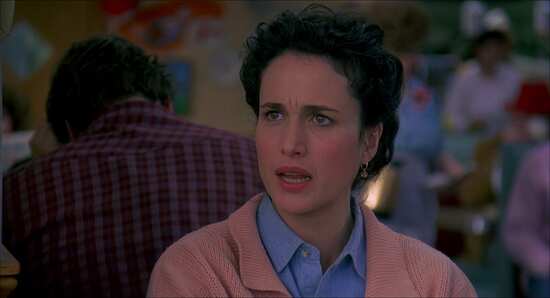 I actually managed to watch Groundhog Day on an appropriate day, at the start of February. And no, watching Groundhog Day on Groundhog Day doesn’t make the experience any better. Fortunately the film is pretty good to begin with. It’s odd really, given that Groundhog Day is a quintessentially US holiday, and we have nothing similar in the UK. It’s the same way that it always seems odd when baseball movies become hits in this country. But just as Field of Dreams isn’t really about baseball, Groundhog Day is about much more than a date on a calendar. In fact, its DNA can be directly traced back to Charles Dickens’ A Christmas Carol. Once again, Bill Murray stars in a movie where he has to learn the error of his ways and become a better person. Unlike Scrooged, where he had the example of a trio of spooks to educate him, here he has to live the same day over and over again until he learns how to be a better man. 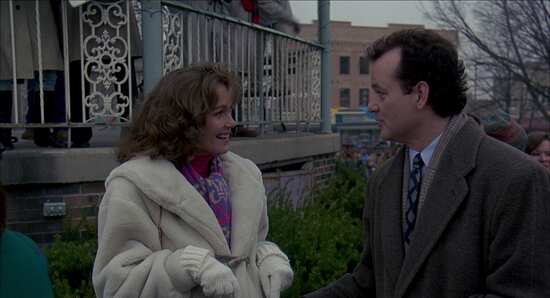 The last time I watched it, I might have uttered the opinion that watching a film where the story is about a time loop, the same day repeating itself, can feel a bit like watching the same film over and over again, which might reduce its re-watch potential. This was ten years ago, and I can safely say that I certainly didn’t get bored watching Groundhog Day after ten years... that seems to be enough of a gap between viewings. 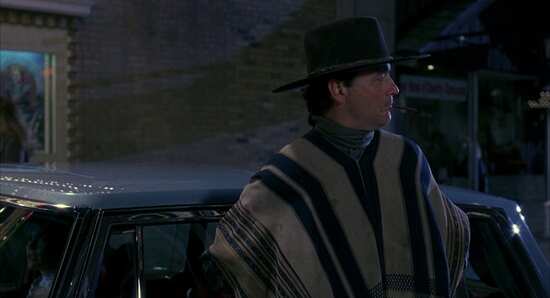 The thing is that it’s easy to follow Phil Connors’ journey through the time loop, his initial shock and alarm at the situation, his realisation that he can use it for his advantage, indulge his selfish urges, but then followed by despair when he realises that nothing he does makes any difference, all the way to his ultimate redemption. The cause of the loop, the mechanics behind it, and how it all ultimately comes to a conclusion doesn’t really matter. It may as well be the hand of God; it’s how the character deals with it that really matters. 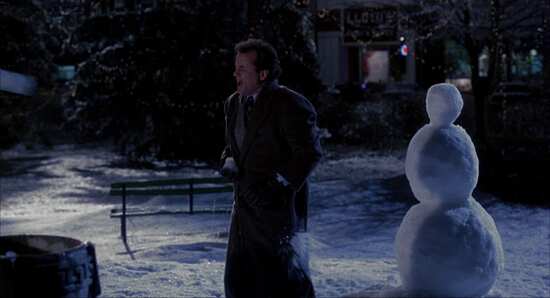 What I do realise after all this time is that if Groundhog Day has a weakness, it’s the romance. It is a romantic comedy after all, and it all hinges on how much you can buy into the Phil and Rita relationship. One thing that hurts this is that Phil isn’t exactly a boy scout, and he uses several of his loops to woo various women in Punxsutawney, and when his attentions do turn to Rita, they aren’t exactly pure in motive. When his feelings do become more naive, there is that background of the previous loops that you might take into account. On the other hand, Andie McDowell has never been my favourite actress, and for me the pairing doesn’t quite work, making the end of the film feel a little too saccharine for my liking. 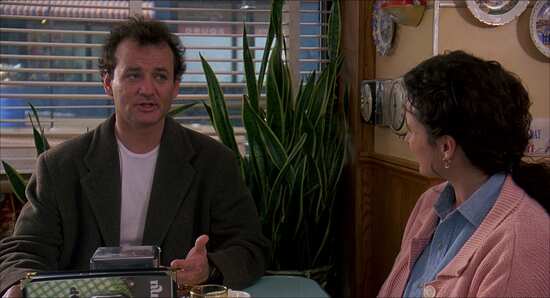 Yet as a genuinely inventive comedy, Groundhog Day still holds up as an iconic piece of cinema. It still feels original and unmatched, and you can easily see how it gets its Capra-esque descriptor. This is one film that will be watched, and loved by film fans for generations to come. The Blu-ray isn’t quite good enough, but given the quality of the DVD that it’s replacing, it’s still a massive improvement. At this point, if you have a 4k player, it’s the UHD that you’ll be wanting.