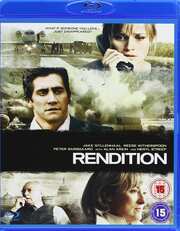 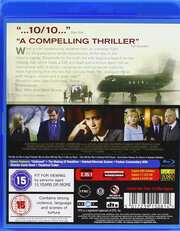 The war on terror that resulted from the 9/11 attacks revealed a dark side of our modern, forward thinking liberal democracies that continues to cast a shadow on all our lives. To protect their citizens from terrorists, governments decided to disregard the legal systems in their countries. As a brown man living in a Western democracy, I’ve had to redefine my place in a world where the practice of extraordinary rendition exists, where any terrorist suspect can be picked up off the streets and removed to a third country where aggressive interrogation techniques can be applied to elicit useable intelligence. You might think that it’s a price worth paying to keep people safe, but what happens when a mistake is made? That question was brought into harsh relief when the London Underground was targeted, and Jean Charles de Menezes was mistakenly targeted as a fugitive terrorist and executed by British police. It makes you believe that there isn’t really any difference between our free democracies and those South American juntas that used to regularly ‘disappear’ people except in degree. Rendition explores what happens when a government makes a mistake.

Following a terrorist bombing in North Africa which claimed the life of a CIA operative, intercepted phone calls pointed to a chemical engineer named Anwar El-Ibrahimi as a suspect. The CIA pick him off a flight back from a conference in South Africa and remove him to North Africa where the security services aren’t constrained in the interrogative techniques they apply. It falls to Douglas Freeman to ‘observe’ the interrogation, but he’s just an analyst. The man who should have been there actually died in the bombing. And as the interrogation proceeds, Douglas Freeman increasingly finds his conscience challenged. Meanwhile in the US, Ibrahimi’s pregnant wife Isabella wants to know where her husband is.

Rendition gets a 2.35:1 widescreen 1080p transfer with DTS-HD MA 7.1 Surround English with optional English subtitles. The image is clear and sharp, an excellent transfer of a recent film with exceptional detail, good contrast and free of damage or compression. Also being a modern film, it’s colour timed to within an inch of its life, to the degree that I actually found it distracting. The audio is fine, the surrounds put to effective use, keeping the dialogue clear throughout. The music certainly lives up to the film’s thematic clichés and is otherwise unremarkable.

You get one disc in a BD Amaray case. Entertainment in Video really should have proofread its disc blurb as we don’t have a stereo audio track, and the transfer certainly isn’t ‘anamorphic’. The disc boots to an animated menu.

On the disc you’ll find the following extras.

I’ve seen a fair few of these post 9/11 social commentary movies that look at terrorism and the effects that it has on our free societies, and just like those other films, Rendition is a blunt instrument, wielded without subtlety or nuance. It doesn’t provoke thought or debate, but rather unceremoniously rams an opinion down the audience’s collective throat. Its only redeeming feature is a cute bit of narrative structure, but that’s a gimmick that will only work the once; it certainly doesn’t give the film any re-watch potential.

Of course with a topic such as state-sanctioned kidnap and torture, it’s pretty challenging to have a nuanced opinion. It’d be like complaining that the Nazis are always the bad guys in movies. But I have to admit that my heart sank at another look at a ‘mediaeval’ Islamic society as a breeding ground for potential suicide bombers. Then there is the ‘evil’ CIA who have no qualms about snatching likely suspects, flying them to other countries to be tortured for information, all in the name of protecting US citizens from terror. There is a callousness and nastiness to most of the intelligence people, epitomised by Meryl Streep’s Corrine Whitman, a surprisingly single note performance that does nothing but engender loathing in the audience.

On the other hand you have Reese Witherspoon as Isabella, Anwar’s wife, who just to emphasise her innocence and maximise audience sympathy is shown as heavily pregnant, as she heads off to Washington to go through the system to get her husband back. About the only nuanced characters are the aide to a US Senator who has to balance his friendship with Isabella and his desire to help her, with the political realities in Washington. And then there is Douglas Freeman of course, a CIA analyst who suddenly has to do a more hands on job when the bomb goes off, and he has to work with the local security to interrogate Anwar. Because he’s unacquainted with this side of the CIA, he approaches it with the open mind that more jaded operatives wouldn’t have. While initially he’s motivated having survived the bomb that killed his colleague, he starts to see more and more just how useless torture as a means of interrogation actually is.

Then there is the man in charge of the interrogation, Abasi Fawal, who isn’t impressed with this wet behind the ears operative sitting in on his torture sessions. We also see his home life, a seemingly happy family, but his elder daughter is playing up, dating a boy that he doesn’t know about. This is where that cute narrative structure plays, and after the tedious clichés of the film, there comes a point in the story where you have to pause and take stock, and re-write in your head everything you have seen to that point, to lift the veil from your eyes, and realise that the film isn’t what you were thinking it was. Of course it will help if you’re not as much of a sci-fi nerd as I am, as I initially jumped to the wrong conclusion, and had thought that it had all gone a little Donnie Darko. But as I said, that narrative bait and switch only works the once with this film. It won’t work twice.

Rendition is a rather mundane thriller, approaching the war on terror with Hollywood’s patented clod-hopping clumsiness and offensive simplicity of thought; Terrorism for Dummies. The Blu-ray is of decent quality, but the film is average at best, although one extra point for the light bulb moment.