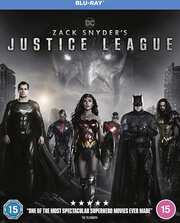 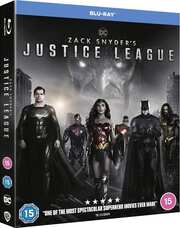 I finally got around to watching the original Justice League feature film some eighteen months ago, and you won’t be surprised that I didn’t enjoy the experience. I’m not sure anyone really did. Following Man of Steel and Batman v Superman: Dawn of Justice, this was supposed to be the third film in the DC Universe cycle, not counting spin-offs like Suicide Squad and Wonder Woman. But a family tragedy led to director Zack Snyder leaving the project, and to finish the film Warners bringing in Joss Whedon who had made some impressive superhero movies in the Marvel universe. In the end, Joss Whedon wound up reshooting a whole lot of the film, and the end results weren’t good. The least of the problems was also the most immediately obvious, a.k.a. moustache-gate. By the time of the reshoots, Henry Cavill was contracted to Mission Impossible, and Paramount insisted that the ‘tache stayed. The worst CGI in the world was applied to remove it from the Justice League film, and you can’t stop seeing it. 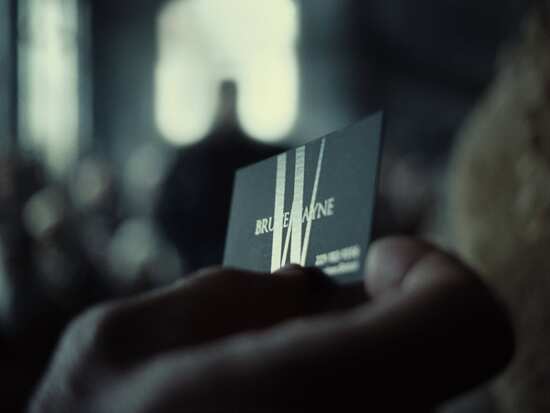 Yet even that isn’t enough to distract you from how weak the final film was, the out of place, Marvel style quippery, the thin villains, the lack of characterisation, the dodgy effects, and the plethora of utterly stupid moments. Then last year, it came out that the creator of three of my favourite TV series... is a bit of a dick; something that might explain the lack of decent characterisation at least in a couple of respects. But even before this, fans were clamouring for the ‘Snyder Cut’, the same kind of vocal representation that ironically got the Serenity movie made once upon a time. Earlier this year, those pleas were answered when Zack Snyder’s Justice League was released to streaming, and subsequently to home video. The most important thing is that damned moustache is not even an issue. Much of the original footage has been restored, and given how much Whedon reshot, there is a whole lot here that is new to fans, and given that the film is now twice the length, at just over 4 hours, I feel justified in expecting a different experience. 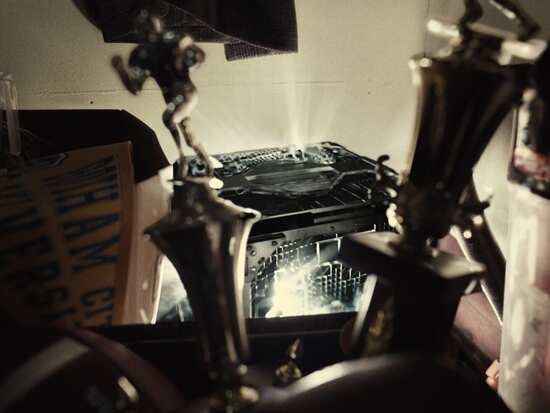 Superman fell in battle, saving the world. But his death triggered a call in three ancient artefacts, the Mother Boxes, long kept hidden and protected. His death also triggered a warning in the Kryptonian ship held by Star Labs, witnessed only by the unlikeliest of prophets. Yet Bruce Wayne heeds that warning, and driven by guilt at his part in Superman’s downfall, he begins to recruit members to a team of heroes who will stand against the oncoming darkness. For Steppenwolf has come to Earth, with his Parademons, and is intent on gathering the Mother Boxes, creating the Unity, and reshaping the world for the arrival of his master, Darkseid. Bruce Wayne, a.k.a. The Batman has Wonder Woman, Aquaman, The Flash, and Cyborg in mind for his team, but they may not be enough to avert Armageddon. Yet the Mother Boxes also hold humanity’s hope, the secret to the return of the Man of Steel. 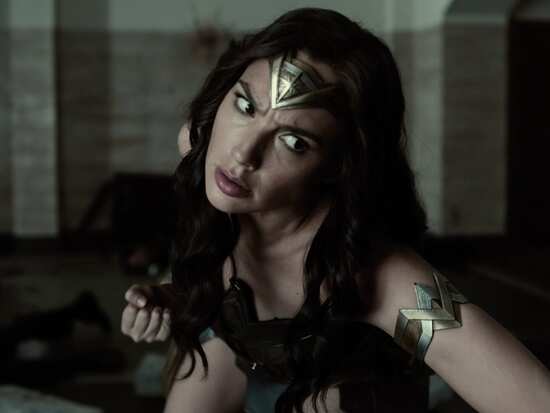 Here’s an odd choice. Zack Snyder’s Justice League is presented in 1.33:1 pillarboxed 1080p resolution and ratio, with Dolby Atmos English, DD 5.1 English, English Audio Descriptive, French, Italian, Spanish, Portuguese, Czech, Polish, and Slovakian, with subtitles in these languages and Mandarin, Cantonese, Korean, Danish, Finish, Norwegian, and Swedish. The audio is epic, really bringing across the action, while keeping the dialogue clear (although Steppenwolf and his villains can sound a little distorted beyond hearing at times). The film is really immersive, while the music, Junkie XL’s soundtrack restored, works great with the story. 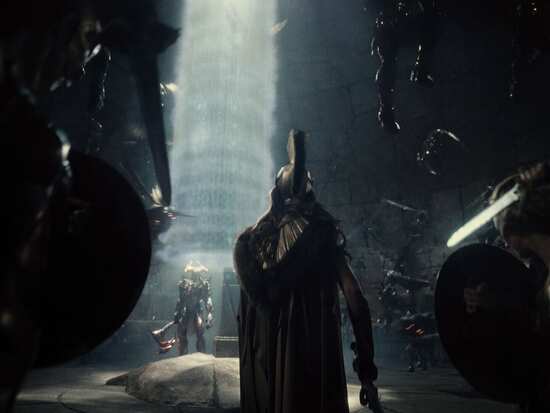 It’s the aspect ratio that really causes some head-scratching. The rationale is that while scope is perfect for landscapes, the superhero genre is all about height, about the human form, so a taller aspect ratio is more appropriate. I was tempted to pull out some component cables, and connect an older player to a 4:3 CRT TV I still have, but I chose to stick with double the pixels and live with the pillarboxing. I can say this much, it didn’t take long before I forgot about the aspect ratio, and just got into the film, but I find it odd that it was released straight to streaming. We live in a 16:9 home video world now, and this movie really only makes sense in IMAX. I think it’s just another way to remove the film from its first iteration, if the de-saturated colour palette wasn’t enough of an indication. The transfer is pixel perfect as you might expect, and the only thing I can complain about is the usual excess of green-screen and digital backlot, and a few effects shots that could have used a few more million dollars to perfect. 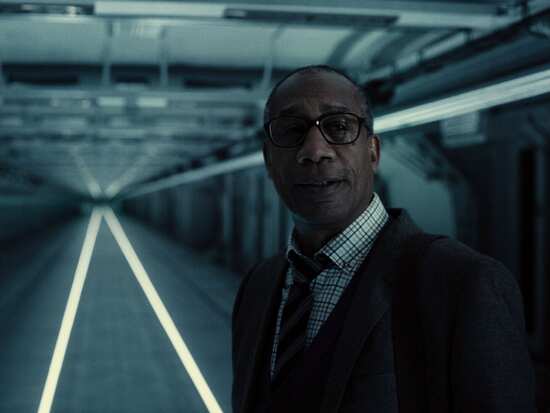 You get two discs on each inner face of a BD Amaray, wrapped in an o-card slipcover. There is also a leaflet promoting the next DC productions to hit cinemas and streaming services. Disc 1 boots to an animated menu, Disc 2 will immediately autoplay the second part of the film, although you can escape to the menu. I don’t know if the player will hold your audio and subtitle settings between discs for convenience, but given that the disc will start from the beginning rather than pick up where you stop the disc, I doubt it. 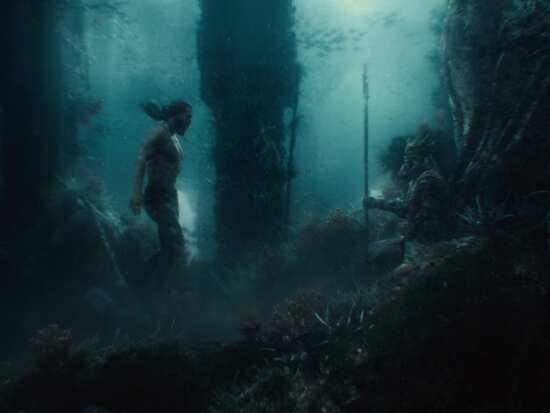 The sole extra on the first disc is Road to Justice League, the Zack Snyder making of, which makes it through 24:40 without ever acknowledging the existence of the first attempt. 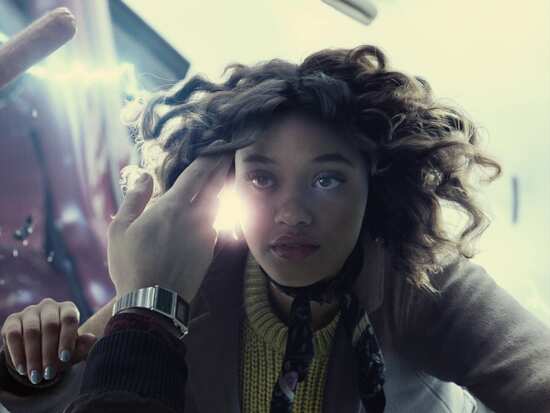 The films are split into parts as well as the usual Blu-ray chapters, effectively presenting the film like a novel, with each part heralded by a black screen and a title card. There are four parts on disc 1, the remainder plus the epilogue on disc 2. The movie runtime on each disc is as follows. 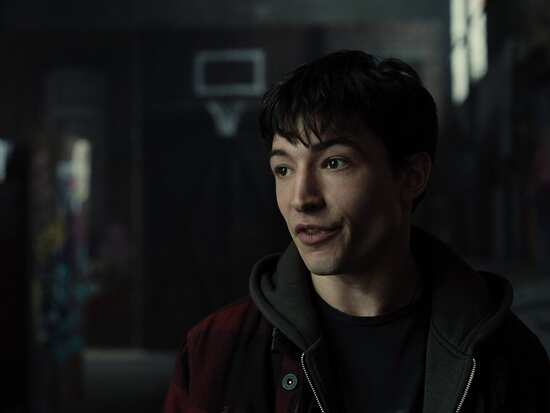 I wasn’t expecting to, but I wound up watching a four hour movie in one sitting. My initial instinct was to give it 10/10, but that’s just a reaction to the first attempt at Justice League. We really do have two distinctly different films here, not the same movie at all in any real respect, other than the story. There are a handful of scenes the films have in common, but even there, the context is usually altered. The Zack Snyder cut of Justice League is the film that we should have got to begin with. Gone is the stupidity of the original, the out of kilter humour, and the wasted characters, the race to resurrect Superman and get through the film as quickly as possible, leaving any sense of character development and thoughtfulness on the cutting room floor in favour of one-liners, and tongue-in-cheek quippery. All of that is gone. Now we have a movie that has a story to tell, has characters to introduce and develop, and will take its time to do it right. I have never felt four hours pass twice as quickly as two hours did before, but this Justice League works. 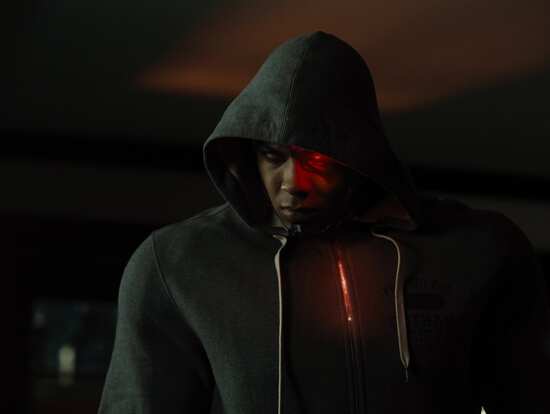 And in my heady excitement at that, I was ready to laud the film to high heaven, but a night of sober reflection makes me re-evaluate that opinion. Zack Snyder’s Justice League finally presents the film in a watchable form, it’s tonally appropriate, making it the logical continuation to Man of Steel and Batman v Superman. Finally seeing Wonder Woman as a bad ass, Aquaman and especially Cyborg getting their back stories properly developed, the Flash’s sardonic sense of humour now a character trait, rather than a competition with the other characters, and a lot more wry wit from Alfred, all gives the film depth. 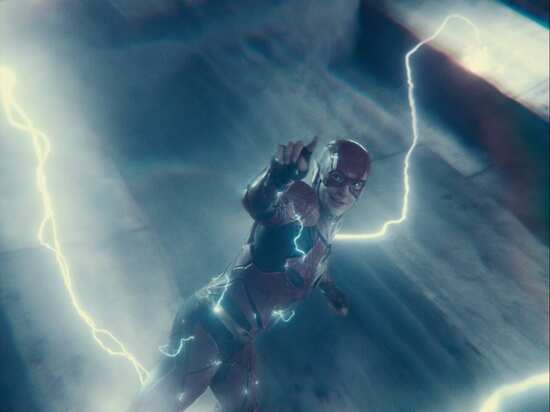 The action sequences are far more improved, faster and more intense as George Lucas once said (that Wonder Woman sequence at the start of the film is a case in point), while the antagonists in the film are developed better, have a more relatable motive and story arc. The climax to the story is so much enhanced, dispensing with the daftness of the original that made me want to turn it off. It actually felt like a team effort against Steppenwolf, rather than everyone just waiting for Superman to show up. 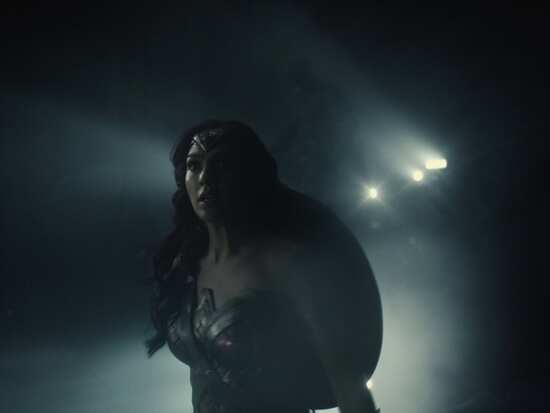 Compared to the first Justice League, these are all great things. But taken on its own merits, The Justice League has much in common with the first two films in Snyder’s trilogy, a dour and occasionally sterile feel, a lack of humanity and a way to connect with the characters, instead more a fascination with the idea of ‘gods’ walking among us. And let’s face it, a four hour movie is indulgent, no matter the lack of complaining from my posterior. The way that Batman is haunted by prophecy, particularly during the epilogue, is obviously an indication of a continuation to the story, yet whether we’ll get another Snyderverse DC movie is uncertain. It’s clear that Zack Snyder’s Justice League is a love letter to the fans, and it makes the most of its release format, but it could have been a smidge leaner without losing too much, especially as it really does deserve to be seen on an IMAX screen. Now that cinemas are opening up again, I really hope that it does get that chance. 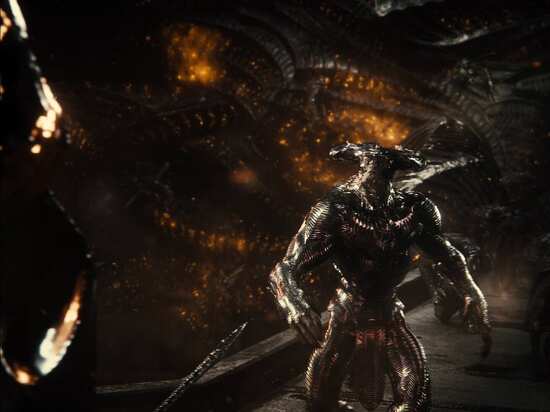 The Justice League is finally a movie, not a travesty. You really should get it, and take the Whedon mess off the shelf, and put it in a box somewhere, sealed away, for the next time you really want to torture someone.