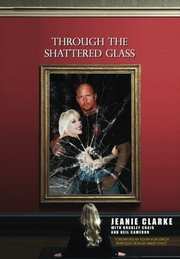 Through The Shattered Glass (Book Details)

DVD
WWE: Steve Austin:The Most Popular Superstar Of All Time

DVD
The Greatest Cage Matches of All Time

Review for Through The Shattered Glass

Jeanie Clarke is probably not a name that wrestling fans will know. Even when you describe her as 'Lady Blossom' you will probably still draw a blank. However, when you look at the cover of the book you will recognise the man she is standing next to as WWE Hall of Famer Stone Cold Steve Austin.

Yes, Jeanie Clarke is the former wife of the rattlesnake and this is a warts and all tale of her life. And really what I would say is that if you are a wrestling fan you might not enjoy this book. The main reason for this is that the wrestling business is barely touched upon with the majority of the book being a warning tale against the use and misuse of drugs.

Growing up in England, Clarke had a troubled childhood before meeting Chris Adams, the wrestler who went on to much success in USA, mainly in the Texas WCCW territory. He is mainly known for two things, creating the superkick that was made infamous by Hall of Famer Shawn Michaels and training a little known wrestler by the name of Steve Williams, who started his career with long flowing blonde hair under the name Stunning Steve Austin.

Despite having a child with Adams, she never married him and instead fell under the charms of the future WWE superstar. We see his rise in WCW, his subsequent fall due to injury, move to ECW and finally to the WWE where he stumbled with his new Ringmaster gimmick. One of Clarke's claims to fame is that when Austin was looking for a new
name for a 'cold hearted' character which the WWE came up with names like Chilly McFreeze and Fang McFrost she told him to drink his tea before it became Stone Cold!

Her life in the business is very short with her only appearing in WCCW, USWA and in WCW, however she does have many stories about life on the road and her experiences, although they are not a main focus on this book which mainly becomes a story of how she copes as the wife of a wrestler. She combats loneliness at first with children and business ventures, but ultimately it leads to her use of drugs. And by use I should really say 'misuse' she describes using a laundry list of medication to help her sleep, to help her relax and in some cases just to function. Her drug dependency starts having an effect on her care of the children and her marriage which results in a messy divorce where she is unable to leave the United States. She describes how a treatment would often consist of Doctors prescribing drugs to combat the other drugs which she would in turn become addicted to, only to have them prescribe something else and so the cycle goes.

Ironically, when she is allowed to take her children back to England for a holiday it is the events of 9/11 that allows her to stay in the country and she is able to fight and win custody of her children in England. However, her drug dependency does not end and it the drug scene in wrestling is shocking with her talking about how often Doctors would write out scripts simply for autographs. However, when you consider the number of drug related deaths in the business it is not that surprising.

Her struggle with drug abuse is at times hard to read, including multiple accidental and intentional overdoses which are all thoroughly devastating. If you are someone who has ever suffered from addiction of any nature you may want to read just what she went through and what is more surprising is that it seems she only got clean in the last two-three years.

Throughout the book there are little side interviews and comments with a variety of people within the wrestling industry from the likes of Shane Douglas, Kevin Von Erich and Missy Hyatt. These should be interesting, but in a way they are slightly redundant. Many of the comments are mainly along the lines of 'I met Jeanie and she was gorgeous.' Personally, I think these should have been collected and included at the end maybe as a 'Reflections on Jeanie' as at times they didn't add much and just disrupted the story without adding anything. It is a shame that
there are no comments from Steve Austin himself as he is painted in a very negative light and it would be fascinating to find out how much of this was true, I don't recall Austin discussing his marriage in his own book, but it's possible that was because they wanted to focus more on his career than anything else.

I would say that if you are a wrestling fan you may not find this the book for you. There is certainly not the humour of any of Mick Foley or Chris Jericho's books or the many road stories of more darker tales like William Regal, Dynamite Kid or Roddy Piper's. However, there is much to enjoy about the book. Reading about the rise of Steve Austin from someone who was there is great, but it is such a shame that the downfall of Jeanie Clarke was so dramatic. I found reading this very disturbing and if anyone is even considering taking any kind of drug they may want to consider reading this book first. The 'Requiem for a Dream' feel to everything is very sad and if this was ever adapted it would no doubt be the main focus of it.

If you wanted a collection of wrestling stories then there are many others out there, if you want an honest look at how the business and drugs can almost destroy someone then you may enjoy it. I am glad I read it, but this is probably not a book I will read again.