Article
Jeong-won Shin directed Chaw out in DVD this March

Article
This Is Spinal Tap: Up to 11 - 25th Anniversary Edition 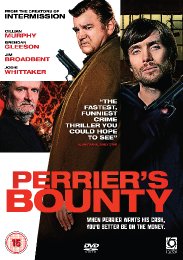 On the run with his eccentric father, who's convinced he'll die the next time he sleeps, and an increasingly morose Brenda, Michael is about to lose his mind. With every hard man in Dublin on their trail it looks like Michael won't make it through the next 24 hours; however, The Grim Reaper and a gang of savage dogs have a funny way of intervening.